How Old Cans And Bottles Can Help Sick Kids 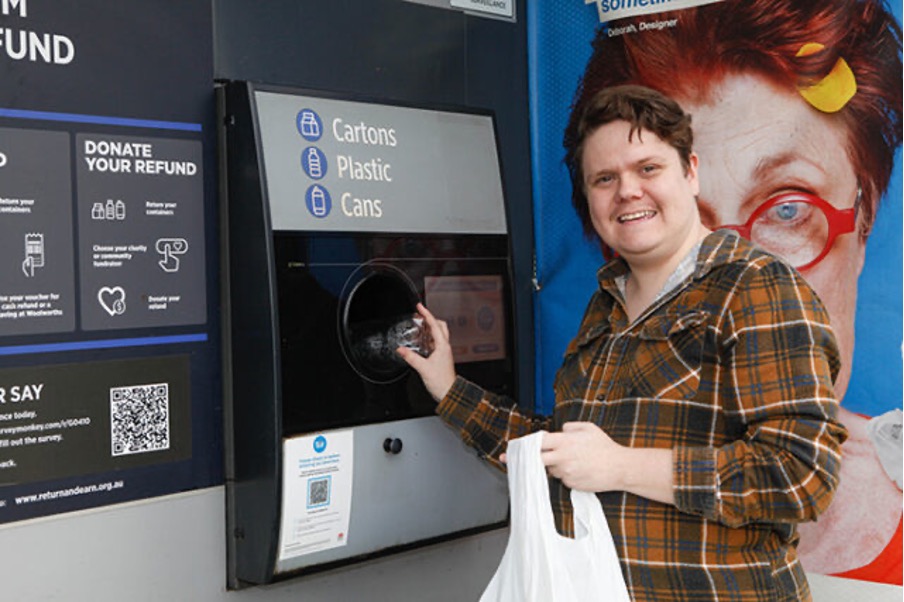 Diagnosed with Spina Bifida less than eight hours after birth, Dale Johnson may have grown up in and out of hospitals but, at the same time, was able to experience childhood fun in the Starlight Express Rooms.

Coming full circle and now working for the Starlight’s Children’s Foundation, the Kingswood resident is encouraging the community to help raise funds for the charity through the Return and Earn initiative.

Now 26-years-old, Mr Johnson said most of his memories from growing up were being sick, but the foundation provided happy moments that stood out.

“I was from Dubbo originally, so I had to be rushed to Sydney within 24 hours to get surgery and every few months for 18 years my mum and I would travel back to see doctors and get tests and surgeries,” he told the Weekender.

“When a room opened in the Children’s Hospital at Randwick I got to hang out with Captain Starlight and I was lucky enough to be granted a Starlight wish to go on holidays to Perth with my family for a week. It was amazing to get away and not have to worry about doctors for a little bit.”

Still dealing with several health issues, Mr Johnson felt drawn to working with the organisation that provided him with moments of joy during his tough journey.

“I have had bladder issues, lost my large intestines, went into kidney failure and had other conditions all from Spina Bifida, but a lot of it is now managed through medication and check-ups,” he said.

“I started volunteering at different events and helping out in the Starlight rooms and now I get to work there and the ‘Containers 4 Kids’ recycling appeal stood out to me.”

The initiative with Return and Earn network providers TOMRA-Cleanaway allows people to recycle bottles and cans for money. It has raised over $100,000.

“I am big on taking care of the environment and I think it is amazing that we can teach kids about recycling and show them that this can help people in need,” he said.

“That money has helped us deliver programs to brighten the lives of over 2,500 kids and people can still head down to their local recycling centres to make a big impact.”

This article first appeared in The Western Weekender by Emily Feszczuk.